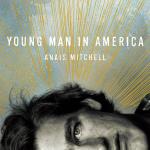 Anais Mitchell’s previous work, Hadestown, was special. Transposing the story of Orpheus and Eurydice to Depression-era America, she kept the poetry of the original and added melody. She was helped by an ensemble that included Bon Iver, playing Orpheus himself. It was magnificent. Totally original. On her new work, Young Man in America, again she gets a little help. This time, though, the songs stand alone. There’s a general theme of birth, children, parenting, death, but no over-arching narrative. Yet still she creates a wonderful, coherent whole. In part, it’s because of the songcraft. She likes to create a tension both musically and lyrically. This was central to Hadestown, but it’s here too. There’s repetition in the songs, but they’re never repetitive. “When he said, when he said he was leaving / I took up the violin. When he said, when he said that my body he’d not miss / I became a sculptress. When he said, when he said that my face he’d soon forget / I became a poet”. For ‘The Shepherd’ she retells another old tale, this time a short story that her father wrote as a young man. She turns it into pure poetry. “Said the shepherd to his wife / ‘The crop of hay is cut and dried. I’ll bale it up and bring it in / Before the coming storm begins’. ‘Go’ she said ‘and beat the storm / And then there is another chore. Today the baby will be born / You’ll take me to the hospital’”. At the risk of giving away the ending, the shepherd’s wife never makes it there. Like Hadestown, Young Man in America is compelling. Somewhat less ambitious. Slightly less orchestration. But just as beautiful.