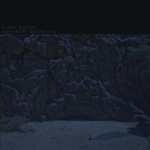 This is the first real outing from Daniel Rossen since Grizzly Bear’s 2009 Veckatimest album. There are plenty of continuities. Working on the Lennon/McCartney principle that whoever sings the song composed it, then ‘Return to Form’ on this EP recalls Rossen’s ‘I Live With You’ on Veckatimest. The slow build up of the guitar and then the shimmering keyboards that lifts the song to a whole new level. Similarly, ‘Silent Song’ here echoes ‘Fine For Now’ there. The quiet and the loud. The build up of tension and the release. There are contrasts, too. There’s nothing quite as elaborate or syncopated here as ‘Southern Point’. There’s nothing with the structure of ‘While You Wait For The Others’. There’s a sense that these new songs are just a little more raw. A little less produced. Less Grizzly Bear, more Department of Eagles, his other side-project. And that’s not a bad thing. Perhaps because of the circumstances in which Department of Eagles’ In Ear Park was written – the death of Rossen’s father – there was more emotion to the songs there than anything on Veckatimest. At least in the way in which they made the final cut. That emotion is here too. “Lord, I know it’s wrong”, he sings ‘On Silent Song’, “So help me out”. But the emotion is never at the expense of the melody. Rossen’s hooks stay in your head. And a sense of humour too? Calling your song ‘Return To Form’? It’s misleading, though. There was never a dip in form. And this EP just increases the anticipation of the next installment from Rossen under whatever name he chooses to record.