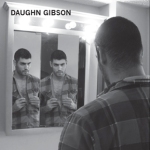 In the same way that James Blake brought R&B into the post-techno age, Daughn Gibson is aiming to do the same with country music. So says his record label. Or, rather, labl. Even though there’s a sense with this album that one vowel is always unnecessarily absent, it’s an intriguing listen. The vocals are 50s-era baritone. Or Scott Walker, if you prefer. There’s a drum beat over samples of old country songs. It shouldn’t work. But it nearly does. It works a lot better than old country songs. There’s nothing maudlin about the sound. There are scratches from the original recordings. There’s often a piano, but always syncopated with the rhythm. Yes, there are lyrics about terminally ill children, but, honestly, it’s not a depressing listen. Singing over orchestrated samples of old country albums, there’s nothing remotely like it. And yet, Mr Gibson manages to make it insufferably cold. It’s not a depressing listen, but there’s no cheer either. Nothing welcoming. Nothing to like. To love. And not because of the old country samples. But because of the post-techno production. Take the title track with its lyrics about terminally ill children. In old country songs, you might start off indifferent to the story that unfolds, but in the end you’d care at least a little. You’d feel something. Here, you feel the same at the end of this song as you did at the beginning. There is something genuinely captivating about this album. Something stylistically unique. But nothing emotionally rewarding. And in the end good music has to illicit some sort of emotional response.