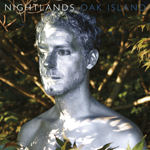 Boy, can these guys harmonize? And, what’s more, there’s only one of them! Nightlands is the side project of War on Drugs bassist, Dave Hartley. Fittingly, there are occasional hints of epic War on Drugs sound washes and their shimmery, watery guitars (the start of ‘Born To Love’ in particular), but mainly this is an album redolent of The Beach Boys at their melodic best. It’s a tough space to occupy. Such is the influence of the Wilson brothers and their cousins that a new twist on the now old sound is difficult to come by. But Nightlands manage it. They do what all good melodic albums should do. They change key at the right time. They add an extra layer of harmony just when it’s needed. They’re not pop, but there’s enough to get you humming. Yet what distinguishes Nightlands from pure imitators is the element of surprise. Even though each song is really tight, it’s impossible to predict what’s going to happen throughout the course of any one of them. And what can be said about any individual song can be said for the album as a whole. Just when you get used to the pace of the sound, it changes. ‘I Fell In Love With A Feeling’ speeds things up nicely and ‘Rolling Down The Hill’ is pure disco inferno. What could be improved? Well, sometimes the vocals have more echo than a Swiss yodeller. They sound great even now. But lessen the echo, put them higher in the mix and wouldn’t they sound better still? And the album ends not with a bang, but a whimper. Given what has gone before, ‘Looking For Rain’ slightly disappoints. But generally, this is a great album. Nightlands sound plural, but they’re a very singular proposition.