Over the next four days, I am revealing my top 20 albums of the year. It’s in something approaching reverse order. Here’s part 1.

Nick Cave & The Bad Seeds – Push the Sky Away

In some utopian community somewhere, small children are being taught Nick Cave. They will emerge as highly erudite, yet slightly worrying human beings. They will talk to you in a language you understand, but which has so many words to read in between that your head soon starts to spin and won’t stop. The magnificent ‘Higgs Boson Blues’ is on the exam paper this year.

Meanwhile the B stream are studying Villagers. It’s no easy module. Far more words. And just as many abstruse allusions. But plenty of great songs to keep you going. Fair play to Conor O’Brien, {Awayland} was no ‘Becoming A Jackal’ part 2. Something special was lost, but much was gained in return. The difficult third album will be a true test.

A Real Estate side project, Ducktails exceeded expectations. Whereas so many of the year’s bands aped the worst of mid-1980s, pre-Smiths, syntho-pop, Ducktails succeeded in persuading you that there was some good music in that era. There wasn’t, but Ducktails will do just fine, thanks. ‘Under Cover’ promised to be one of the best songs of the year and it didn’t disappoint.

Foxygen – We Are The 21st Century Ambassadors Of Peace & Magic 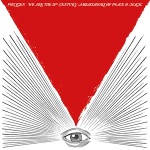 It was a difficult year for Foxygen. But if this ends up being their one and only album together, then it will still have been worth it. Derivative? Check. Inspirational lyrics? Hardly. Good fun? Unquestionably. And great tunes? In abundance. Solo efforts from band members later in the year were underwhelming. So, let’s hope the guys kiss and make up and deliver another equally memorable album sometime soon.

Great shuffly, yet psychy sounds from one of New Zealand’s finest exports. (Oh, and Portland OR’s too). They pulled off the same trick as Foxygen, by producing an album that sounded ultra-retro, but that was full of contemporary hooks. Most of the album was mid-tempo, but they showed they could rock out when they wanted to. More power to UMO.