So, the musical year has drawn to an end. True, Cracker have just put out Berkeley To Bakersfield, which is well worth a listen (though don’t try to find it on Spotify), but this is the time to reflect on the musical year that was. Or wasn’t. Still no word from Elvis Perkins, after all. Anyway, here are my top 20 albums of the year in a reverse sort of order. Here we go.

Damien Jurado – Brothers and Sisters of the Eternal Son

For an album that promised the uncomfortably weird, this was Damien Jurado‘s most mainstream offering to date. It was difficult to know which track to like best, ‘Silver Timothy’, ‘Silver Donna’, ‘Silver Malcolm’, ‘Silver Katherine’, or ‘Silver Joy’. But in the end the award went to ‘Suns In Our Mind’, which contained the most tuneful snoring of the year.

This was James Jackson Toth at his most melodic and most rewarding. Filled with great songs, but ‘Dambuilding’ and ‘When The Trail Goes Cold’ stood out. Oh, and ‘Sinking Feelings’ sounded awfully like ‘Pocahontas’. 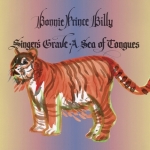 Will Oldham is a frustrating artist. Sometimes sublime – The Letting Go. Other times unlistenable – Trembling Bells anyone? Here, he was already half-way there by reprising a bunch of songs that had appeared on the wonderful Wolfroy Goes To Town album. Singer’s Grave etc filled in the gaps and sounded almost welcoming, which can’t be said about every B’P’B album.

Elbow – The Take Off And Landing Of Everything

What’s good about Elbow is that they’re willing to think about their music, and quite a lot. After ‘One Day Like This’, it’d be easy to make music purely for the lad on the Ramsbottom omnibus. But there’s a cosmopolitanism to this album. Well, a New York-centric cosmopolitanism at least. But that’ll do nicely, ta very much.

There were three great songs on this album – the title track, ‘Long Long Way’, and the utterly mind-blowing, ‘It Takes A Lot To Know A Man’. Otherwise, it’s pretty much a case of ho-hum. But if it takes eight years to make three such good tracks, then let’s hope there’s a follow up album in 2038. It’ll be an all-time classic.