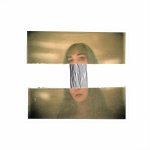 The term ‘experimental folk’ is usually enough to send any seasoned music observer running for cover, but on her new album JoJo Worthington, who openly labels herself an ‘experimental folk artist’, may have done enough to keep all but the most cynical critics firmly in their listening chairs. Hailing from Canada, this is her second album and it’s a thing of rare beauty. The centrepiece is the wonderfully entitled ‘Mid Youth Crisis’. Picture Sufjan Stevens playing a ukulele, singing like Kate Bush, and looping à la Andrew Bird. It’s both enchanting and transporting. But then Two Lines is full of such wonder. The title track itself is a marvel. And there are two lovely interludes, ‘Inveterate’ and ‘Sojourner’, both of which create a welcome space before the beginning of the next audacious instalment. It’s clear that JoJo Worthington is the most talented student in the new class. Crucially, though, Two Lines is no self-conscious exercise in musical polymathery. There’s a confidence, but no maggot ostentation. So, forget experimental folk. Instead, think rhythm and loops. And enjoy.