Kramies – I Wish I Missed You 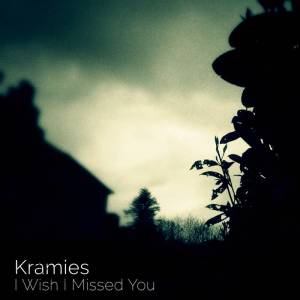 Rejoice, because Kramies, our favourite ‘dream folklore’ artist (see below!), has released a new song. “I Wish I Missed You” is one of the tracks that he wrote during a stay in Ireland earlier this year. Recorded in a castle in Co. Kilkenny, the ambient crows provide an immediate sense of otherworldliness and there’s mention of kings, queens, and giants too. But it’s not all púca and síóga. This is a very human composition. It’s wistful and reflective. “Our time has come”. But it’s never bitter. It’s also a song that builds and builds to a lovely finish. A trademark Kramies finish. Irresistible. “I Wish I Missed You” is available now as a free download on Bandcamp. There’s also a fine video by Cam Merton that captures the mood of the song quite perfectly.

To celebrate the new arrival, we have an exclusive interview with Kramies himself. Thanks to the great man for his thoughts and his kindness.

What brought you to Ireland earlier this year?

I’ve been through Ireland a few times before on tour and every time I fall more and more in love with the landscape and the people. So much so that my EP “The Wooden Heart” came to me while walking the streets of Galway after a radio show in 2011. I always wanted the chance to be able to stay in one spot and write while in Ireland, and that chance finally came along.

This past April I was lucky enough to receive an artist residency in a castle while I finished writing my new album. It’s been a dream come true for a writer. So much has opened up for me here.

You featured a song called “Ireland” on your ‘forêts antiques’ EP, though you introduced it as not having a name then. What was the inspiration for that song and why did you choose that title in the end?

Ha! I love that you noticed that. At the time when my concert in France was being filmed, I had just written the song. I was desperately trying to think of a name before the show, but nothing seemed to work. So, while performing it, I decided to just say that it was nameless. It’s funny because that same night I finally figured out that it would be the main story line for my next album and I called it “Ireland”.

The way I seem to write albums is by waiting for a story to appear in my imagination. I seem to write dark little folklore stories that come out of nowhere. Ireland, and its folklore, have been a big inspiration for me. I feel this might be my way of saying thank you. A good-bye story to the land that sparked so much creative imagination in me.

That’s funny because I’m not even sure where the label ‘dream pop’ came from? At first when it was attached to me I was OK with it because it felt new and understandable, but now I’m not sure if it actually has any meaning. 🙂

I’ve never been very pop sounding, but I see where the dream element comes in. I would say maybe more ‘dream folklore’?

Honestly, I’m not sure what my music should be labeled as, but I’ll accept anything. I’m just glad to be able to make music.

In 2014, you worked with the great Jason Lytle on your Wooden Heart EP. What was he like to work with in the studio? What did he add to your sound?

Jason is wonderful and I’ve been so grateful for his help. In my opinion, Jason has a way of pulling a song apart and piecing it back together, so that the song shines and is way more interesting. He sees songs on a much more detailed level than most and has a knack of finding the central balancing point of a song. It takes a unique way of thinking to pull that off and he’s definitely the best.

Last year you put out a lovely new song, ‘Into The Sparks’, with Alma Forrer. How did that collaboration come about?

Alma is such a beautiful songwriter and person. I’m so glad we had the chance to record a song together. I remember right after I released my live EP I got a kind message from her. Then, once I heard her music I was blown away. I quickly wrote the song and sent it to her. She immediately recorded her vocals in France and I recorded the song and my vocals here in Colorado. It took maybe only a month. It was one of those unique times when all the pieces came together easily. I was very happy with the wonderful response too.

You also worked with Grant Wilson of Syfy’s Ghost Hunters fame on your EP, The Folklore Sessions. From the outside that was a really surprising collaboration, but a successful one. How did you two come across each other and decide to work together?

Now, this is one of my favorite stories. I had been a big fan of the show Ghost Hunters for many years and knew of Grant from that show. In 2010, I was in Colorado doing a radio show and they asked me why some of my songs speak of ghosts and castles. Then they asked if I ever watched Ghost Hunters and I said yes. After the show, I decided to drive to the famous Stanley Hotel to walk around. When I entered the hotel, Grant was actually sitting right there! It was all great and too weird. (Also, I must add that when I originally heard the music Grant was releasing, I absolutely loved it!) So, a few years later we started talking and I sent him a few songs which he added his beautiful piano parts to. And that’s how the ‘Folklore Sessions’ was born.

What’s your writing process? Do you write the music first, then the lyrics, or the other way around, or both together? How does a Kramies song come into being?

Well … it always seems to start with weird tuning and humming. I’m not sure why, but I’ve always made up a lot of my own tunings. It’s probably because I taught myself how to play instruments and I’ve never learned properly.

I would say that most of my songs start with a few odd chords that haunt me at night, then a melody line. From that point I can’t sleep until I piece it together. Somewhere in there a storyline will appear and I will play the song over and over until someone reminds me to eat and sleep.

I sense that the covers of your records are really important to you. They always figure beautiful, often stark images. How do you go about choosing your covers and arranging the design?

It’s so true! The images and covers are such an important part of the music and the entire journey. At least that’s what I hope others feel. I write mostly from mental imagery and at heart I’m truly just an artist who uses music as my outlet. So, it’s very important for me to find the right artwork. I’m very fortunate that I have a few artists and photographers as friends who help me get the crazy images out of my head and onto paper. 😉

The most important question of all. There’s a rumour that you’re back in the recording studio. How are things going? Will we get to hear any new music soon?

Yes, they are true. I have just released a new single/video that was all written and recorded at a castle in Ireland. It’s a song that won’t be on the album, but it was recorded in such a cool spot and has all the ghostly feelings of the past in it. The actual album will be released in 2018.

Tell us something that you haven’t told an interviewer before.